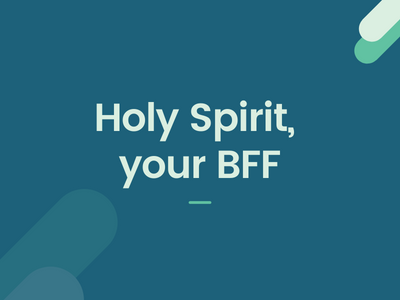 2 Chronicles 20:7-7 Are You not our God, who drove out the inhabitants of this land before Your people Israel, and gave it to the descendants of Abraham Your friend forever?

2 Timothy 2:3-8 You therefore must endure[a] hardship as a good soldier of Jesus Christ. 4 No one engaged in warfare entangles himself with the affairs of this life, that he may please him who enlisted him as a soldier. 5 And also if anyone competes in athletics, he is not crowned unless he competes according to the rules. 6 The hardworking farmer must be first to partake of the crops. 7 Consider what I say, and [b]may the Lord give you understanding in all things. 8 Remember that Jesus Christ, of the seed of David, was raised from the dead according to my gospel

Proverbs 17:17- A friend loves at all times, And a brother is born for adversity.

Proverbs 18:24- A man who has friends [a]must himself be friendly, But there is a friend who sticks closer than a brother.

Luke 12:4- 4 “And I say to you, My friends, do not be afraid of those who kill the body, and after that have no more that they can do. 5 But I will show you whom you should fear: Fear Him who, after He has killed, has power to cast into hell; yes, I say to you, fear Him!

friend who will stand with you. May Jesus transform to be your best friend. Let God’s grace flow through your life. Tell Him that you want to be faithful to Him and that He is your Best friend and that you want to enjoy your relationship with Him more than anything else.

The easiest way to be blessed is by being a friend of God.

I will love you more than anybody else Lord. You are more important to me. Is there anyone who will say this to Jesus?

Sometimes, though we have received a prophecy, it doesn’t come to pass because the Lord wants to teach you a few things and wants to school you in the SCHOOL OF THE HOLY SPIRIT.

Only if you are a student that you can be a lecturer.

One pastor said that as a church they give all the members who come to church some kanji (rice broth) and money for travel to church and back. When I asked him why they

did that? He said that when he first stepped out for Jesus, he was a Pattani and he would walk for 24 km to attend meetings because he did not have money to even get transport. Now God has blessed him and he did not want anybody to leave his church hungry.

R.W. Schambach said, one lady about 40 years of age came running to him and said that I have been born again for many years and I have never experienced a single problem in my life. The Man of God said, please bend your knees and pray; You are not born again! If you are born again, you have an enemy- the devil and he will definitely try to attack your life.

You will destroy the works of darkness and will manifest Gods’ glorious working.

Genesis 18:1- 18 Then the LORD appeared to him by [a]the terebinth trees of Mamre, as he was sitting in the tent door in the heat of the day.

In the new testament, the Words say many things about the Children of God. But I want to draw your attention to what the Word says in 2 Timothy 2. It speaks about three things in reference to children of God:

There is no ordinary child of God who is a friend of God.

He is calling you a friend and exhorts you to be a soldier, a farmer and athlete. Nobody is called to be sitting doing nothing.

Have you seen a soldier?--- There is self-sacrifice. They are ready to die for the country. They love their country. Your love for God and your friendship with God is what makes you a soldier. Paul says, the love of Christ compels me.

An athlete is disciplined. They go to Olympics with the goal to win! They don’t run to take a selfie and put it on social media.

You are not called to be a paper weight. There is a race. When you run for Olympics you receive an olive crown which would dry up eventually but Paul says that we are not running for a crown that perishes but for an imperishable crown.

Seek ye first the kingdom of God and His righteousness. His kingdom is your focus.What does God want you to do? That is the key thing.

You need to place Jesus in front of you and run.

PV Sindhu is India’s Badminton star. She said, that for about 8 months during her preparation for Olympic she switched off her mobile phone. She did this to obtain a perishable medal but for us, it is eternal! How much more should we keep aside all distractions!

The race for eternity is far greater and far more important than the Olympics.

Cesar Castellanos is a Man of God in Bogota, Colombia- in on year, people in that church are expected to receive the anointing and start moving in their giftings and callings. Your faith is to help you remember your calling, move in your gifting and battle like solider, sow seeds like a good farmer and sow precious seeds.

If one person rises up to walk in that anointing, India will see revival. One generation that will raise up to stand in holiness in these times.

A farmer - By faith the farmer ploughs and then sows the seeds of faith. By faith he waits, by faith he waters it and then a harvest comes forth. From our nation, a harvest will come forth.

The seeds that I sow will gain root. Just sow seeds wherever you go.

What you fear, God will make a way THROUGH that very thing!

It is time to take your tambourine out, bring out your worship! You may have been worried what will happen to you children, to your business. But just worship

Mark 4:35-41- 35 On the same day, when evening had come, He said to them, “Let us cross over to the other side.” 36 Now when they had left the multitude, they took Him along in the boat as He was. And other little boats were also with Him. 37 And a great windstorm arose, and the waves beat into the boat, so that it was already filling. 38 But He was in the stern, asleep on a pillow. And they awoke Him and said to Him, “Teacher, do You not care that we are perishing?” 39 Then He arose and rebuked the wind, and said to the sea, “Peace, [a] be still!” And the wind ceased and there was a great calm. 40 But He said to them, “Why are you so fearful? How[b] is it that you have no faith?” 41 And they feared exceedingly, and said to one another, “Who can this be, that even the wind and the sea obey Him!”

60% of the pastors are quitting ministry. They get into the boat with Jesus and they follow Him in small boats but when the wind and the waves come, they get threatened and they leave.