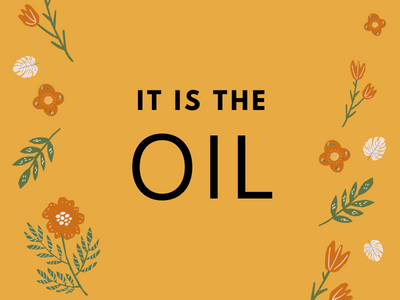 It is the Oil

It is the Oil

Revelations 3:7-8- 7 “And to the [a]angel of the church in Philadelphia write, ‘These things says He who is holy, He who is true, “He who has the key of David, He who opens and no one shuts, and shuts and no one opens”: 8 “I know your works. See, I have set before you an open door, [b]and no one can shut it; for you have a little strength, have kept My word, and have not denied My name.

The Oil of the Holy Spirit.

Whatever the devil has destroyed and made dirty in your life, may the OIL make it beautiful. OIL HEALS

May the Oil set you free, make you stand in health, strength and faith.

OIL BRINGS A FLOW AND MOVEMENT

The Lord has not intended you to stay stagnant and bound. If you also want that, ask the Lord for His oil to flow.

OIL HAS A COOLING EFFECT

The keys with Jesus are called the keys that were in the hands of David. Today God is giving some of you keys. You will be able to open the doors of your future. Open such doors that no one can shut. The keys to open your ministry, health, future and wealth over your life. Let ministries flow. Let godly ministries flow from your life.

Say it in the spirit, see your hands and say “I have the keys”. I am opening doors for my children, for my family, for my finance, God is giving me the keys to open certain blessings in my life. The keys of authority.

BIBLE’s the Law of Intention

Let the prophetic realm open up for your life. God’s Holy Spirit will show you your future. How your life will be 50 years, 75 years and 100 years from now.

God will show you the future of our children. The Spirit will open it up and show you!

May the Holy Spirit show you a picture about your life!

There is an oil that is waiting for you and unless you show up the oil won’t flow. Let the power of His oil flow over your life.

May the Holy Spirit show you what’s ahead. Let the transitory things leave your life. Don’t be worried about the headache you have today. Look at your future.

Why did God remove Saul?

want to be a part it, then the Lord will bless you and your children. Why did God anoint David? Because the House of the Lord was most important for David.

That our children may dwell in the House and not just come and go. Will you dwell and put down your roots in his HOUSE??

Psalm 84:10- For a day in Your courts is better than a thousand. I would rather [a]be a doorkeeper in the house of my God than dwell in the tents of wickedness.

Genesis 4:5- but on Cain and his offering he did not look with favor. So, Cain was very angry, and his face was downcast.

Psalm 34 says I will bless the Lord at all times!

God will do a miracle in your life if you choose to rejoice in the Lord.

1 Samuel 1:18- She said, “May your servant find favor in your eyes.” Then she went her way and ate something, and her face was no longer downcast.

Jesus did not say be of good tear but he said be of good cheer, for I have overcome the world. You will overcome in the Name of Jesus.

Proverbs 27:17- As iron sharpens iron, so one person sharpens another.

Rejection is not a wall but a door to the next level.

Not all people are helpers. That’s why you feel rejected because you think everybody is going to help you. You need to understand divinity and humanity. Jesus never trusted everybody because “He knew what was in their heart”. You need to be able to assess who is who and what he or she is not. May the Lord grant you that kind of discernment in your life. Not just discernment of seasons but also of men and women.

Some people shake my hand and they ask me, “tell me tell me what God is showing you!” Don’t make pastors lie! When I pray, God will show us certain things and then I will only call and tell you.

I cannot fake. If the Holy Spirit hasn’t told me something, I won’t say it no matter how much pressure I am put under. I gave up on that pressure long back. If God has said something I will say it or else I will just preach from the Bible and leave. When I am invited to preach during a fast and prayer in any church some of the pastors tell me to prophecy, I wouldn’t unless God reveals to me what I should say.

God’s work is not Convenient. It is sacrificial. The people committed, addicted and celebrated who are willing to sacrifice their time, their wealth, their desires, their dreams, everything they are ready to give it up because you want to see the oil flow.

Jesus has the keys of David. He anointed David and his entire generations were blessed. Blind Bartholomew cried out- “Jesus, Son of David! Have mercy on me!” It was only then that there was a miracle there. Your children and your generations, because you stood for God, will walk under the Oil of the Holy Spirit to see divine deliverances, divine breakthroughs and may the Lord anoint them and bless them because of you! Jesus said I am not ashamed of David. The Son of God is not ashamed to be called the Son of David.

The God who has the keys of David. The keys that give you victory over every battle. Lift up your hands and say Lord anoint me afresh