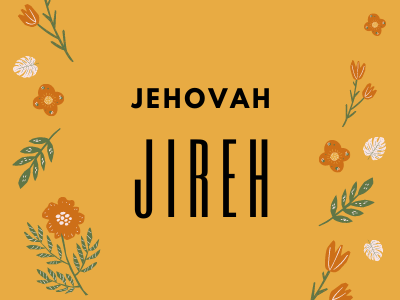 Genesis 12:1-3- Now the Lord had said to Abram: “Get out of your country, from your family and from your father’s house, to a land that I will show you. 2 I will make you a great nation; I will bless you and make your name great; And you shall be a blessing. 3 I will bless those who bless you, And I will curse him who curses you; And in you all the families of the earth shall be blessed.”

Don’t see and leave but by faith you see only Christ and listen to His voice and step out.

Margaret Thatcher, the former Prime Minister of the United Kingdom was called the Iron lady. One day the Finance minister John Major, in her cabinet went to the parliament as usual. That day because of some political conditions, Margaret Thatcher had resigned as the PM and John Major was made the PM. The media got to know of this and reached his home and met his wife. They referred to him as the Pm and she refused that title. She wasn’t aware. She kept insisting that he was not the PM but he was the finance minister. There was a sudden shift!

The Holy Spirit will cause you to witness great shifts in your life. When God directs us, we can leave in courage.

Genesis 12:10- 10 Now there was a famine in the land, and Abram went down to Egypt to dwell there, for the famine was severe in the land.

Certain things enter your life, because you have not listened to God’s voice. You need to know that if God called you, he knows how to look after you even in famine.

Famine times is abundance for a child of God. When there is famine in the world, those of us who worship the Lord will experience abundance.

God said, many during Corona saw a dip in business, but for those who worship God, even in the midst of it, there is abundance and growth.

Genesis 13:3- And he went on his journey from the South as far as Bethel, to the place where his tent had been at the beginning, between Bethel and Ai,

Do not be heavy because of the wasted time, if you come back to Him, the heavens are faithful to direct you again.

Genesis 20:14-15- 4 Then Abimelech took sheep, oxen, and male and female servants, and gave them to Abraham; and he restored Sarah his wife to him. 15 And Abimelech said, “See, my land is before you; dwell where it pleases you.

Mathew 14: 13, 15- 13 When Jesus heard it, He departed from there by boat to a deserted place by Himself. But when the multitudes heard it, they followed Him on foot from the cities. 15 When it was evening, His disciples came to Him, saying, “This is a deserted place, and the hour is already late. Send the multitudes away, that they may go into the villages and buy themselves food.” 19 Then He commanded the multitudes to sit down on the grass. And He took the five loaves and the two fish, and looking up to heaven, He blessed and broke and gave the loaves to the disciples; and the disciples gave to the multitudes.

Genesis 13:14- 14 And the Lord said to Abram, after Lot had separated from him: “Lift your eyes now and look from the place where you are—northward, southward, eastward, and westward;

If some relationships are with you, you can’t hear God’s voice.

Genesis 13:18- 18 Then Abram moved his tent, and went and dwelt by [a]the terebinth trees of Mamre, which are in Hebron, and built an altar there to the Lord.

Genesis 14:21-22- 21 The king of Sodom said to Abram, “Give me the people and keep the goods for yourself.” 22 But Abram said to the king of Sodom, “With raised hand I have sworn an oath to the Lord, God Most High, Creator of heaven and earth, 23 that I will accept nothing belonging to

you, not even a thread or the strap of a sandal, so that you will never be able to say, ‘I made Abram rich.’ 24 I will accept nothing but what my men have eaten and the share that belongs to the men who went with me—to Aner, Eshkol and Mamre. Let them have their share.”

If you are not still listening in Christian life, you are in danger. Jesus said. “My sheep will hear my voice and obey”.

If you are following Him only at distance, you can’t hear and understand His voice.

John 22:2- 2 Then He said, “Take now your son, your only son Isaac, whom you love, and go to the land of Moriah, and offer him there as a burnt offering on one of the mountains of which I shall tell you.”

Jesus says, I will provide for MYSELF. He tells Abraham, “Go to the mountain that I will show you” (not whichever mountain you want to go to).

You need to be positioned for His provision

Genesis 22:3- So Abraham rose early in the morning and saddled his donkey, and took two of his young men with him, and Isaac his son; and he split the wood for the burnt offering, and arose and went to the place of which God had told him. 4 Then on the third day Abraham lifted his eyes and saw the place afar off. 5 And Abraham said to his young men, “Stay here with the donkey; the [a]lad and I will go yonder and worship, and we will come back to you.”

In the midst of the journey, he had to walk without the fire going off.

Is there anybody who is following the footsteps of the father? That is where Jehovah Jireh is revealed.

Not your zeal but your obedience is more important. Only those who can hear God’s voice can understand this.

When Jesus was dying on the Cross, the church was born! The bride of Christ was born