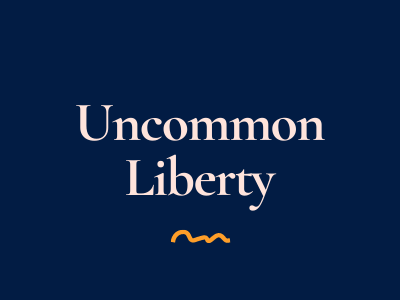 Esther 7:10- 10 So they hanged Haman on the gallows that he had prepared for Mordecai. Then the king’s wrath subsided.

The Book of Esther shows us three main protagonists:

This morning no matter how big a noose the devil has prepared for you, the Lord will destroy his trap. The plans of the devil will not prosper but the Lord’s plans will stand. In the midst of that trap, God will make you stand victorious.

The hanger shall be hanged.

THE KING represents the Lord, the king of kings. This king had a record book. It is a book of remembrance. God doesn't forget what you do for Him.

Hebrews 6: 10 (MSG Bible) God doesn't miss anything. He knows perfectly well all the love you have shown Him by helping needy Christians and that you keep at it.

The Lord is saying to someone, I will destroy that which has been prepared to destroy you. Your next level will be revealed.

Whatever has been plotted against you, won't happen in Jesus Name.

It is not the devil’s time but it is the Lord's time.

You attacker will be attacked and your destroyer will be destroyed because God will fight for you. Give glory to God.

Where the Word of the king is there is power.

Isaiah 54:17- No weapon formed against you shall prosper, And every tongue which rises against you in judgment You shall condemn. This is the heritage of the servants of the Lord, And their righteousness is from Me,” Says the Lord.

There are many of you saved by whisker, snatched out of the fire. All those who have that experience, give glory to God!

Luke 1:17- That we should be saved from our enemies and from the hand of all who hate us, • Zachariah is singing this in the spirit.

I know of a man of God who laughs a lot. People don't like him for that flimsy reason. People are angry that he smiles a lot.

It is my time to enjoy the liberty of the Holy Spirit of God. These days, God will show you who is against you. It is a prophesy for someone

Mordecai did not go around looking for what Haman was going to do. Now all of you don’t go around walking suspiciously.

It is time to focus on your relationship with God

If you are strong with God, you will not be weak before anybody. You don’t need to bend down before the Hamans.

This morning I see that kind of a strength coming upon people in the Spirit. Fill your church, Lord, with new strength and new power!

Part time Christianity will not help you.

God has to become your shepherd.

Deuteronomy 20:4- 4 for the Lord your God is He who goes with you, to fight for you against your enemies, to save you.’

poverty, envy, whatever be the issue, you do not fight against flesh and blood bur against the devil and spirits of wickedness. In the midst of that say “IF I BE”, God’s fire will descend.

If the fire of the Holy Spirit descends, that’s all you need. Let the fire of Holy Spirit burn away every burden in your life. You stay as a man or woman of God, you stand close with God!

Genesis 22:6- Abraham placed the wood for the burnt offering on Isaac’s shoulders, while he himself carried the fire and the knife. As the two of them walked on together,

In Benin city in Nigeria, 9000 witches were planning a conference and a man of God said it will not happen and the witches claimed that even God would not be able to stop it! When the media asked the Man of God about this, he responded to the media that God needn’t get involved in this. He was more than enough to stop it. It has been 25 years and the conference has not happened still. Why? Because what the man of God spoke under the fire of the Holy Spirit and under the authority God had placed over him, no enemy could thwart.

It is your time to walk free by the fire of the Holy Spirit.