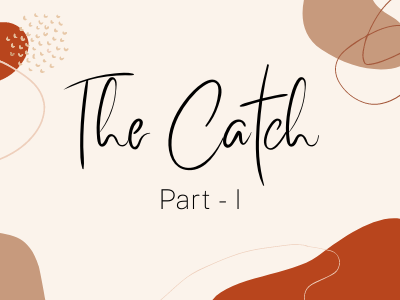 The CATCH - Part I

The CATCH - Part I

Once when he was standing on the shore of Lake Gennesaret, the crowd was pushing in on him to better hear the Word of God. He noticed two boats tied up. The fishermen had just left them and were out scrubbing their nets. He climbed into the boat that was Simon’s and asked him to put out a little from the shore. Sitting there, using the boat for a pulpit, he taught the crowd. When he finished teaching, he said to Simon, “Push out into deep water and let your nets out for a catch.” Simon said, “Master, we’ve been fishing hard all night and haven’t caught even a minnow. But if you say so, I’ll let out the nets.” It was no sooner said than done—a huge haul of fish, straining the nets past capacity. They waved to their partners in the other boat to come help them. They filled both boats, nearly swamping them with the catch.