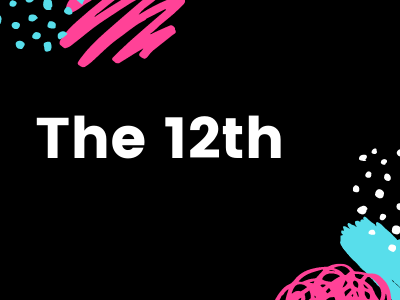 Esther 7:3- 3 Then Queen Esther answered and said, “If I have found favor in your sight, O king, and if it pleases the king, let my life be given me at my petition, and my people at my request.

Prayer is to please the Lord.

Jesus doesn't answer you first. He first looks at you. HIS eyes are on you! Tell Him, “If it pleases you, Lord, then grant my request.”

No prayer will go unanswered if you say “Lord I want to please you”.

Ezra's 6:15- 15 Now the temple was finished on the third day of the month of Adar, which was in the sixth year of the reign of King Darius.

The Holy Spirit says- December is going to be the month of certain works coming to completion. The 12th month is a month of completion. You will finish what God has started in your life.

Let’s look at the life of Joseph.

Genesis 40:23- 23 Yet did not the chief butler remember Joseph, but forgat him. • The butler not just forgot him but he forgat him. However, when it was time for prophecies over Joseph’s life to be fulfilled, God made it happen. When the very people we thought were meant to help us fulfil the plan of God forget you, do not worry; God Himself will make it happen.

This month, those that are meant to remember you, will do so. The HOLY spirit will stir them to stand up and show up for you.

Revelations 4:11- “You are worthy, [a]O Lord, To receive glory and honor and power; For You created all things, And by Your will they [b]exist and were created.” • Everything that you have is to glorify God. Tell Him, “If it brings You pleasure and brings You glory, then bless me with a good house, a good job, ministry etc.” Everything is for His pleasure. Our worship or prayer is not to please ourselves but to please God.

In all the ways that the demons are acting against you and your family, this morning we command the bondage to go.

Esther 9: 1-2- Now in the twelfth month, that is, the month of Adar, on the thirteenth day, the time came for the king’s command and his decree to be executed. On the day that the enemies of the Jews had hoped to overpower them, the opposite occurred, in

that the Jews themselves overpowered those who hated them. 2 The Jews gathered together in their cities throughout all the provinces of King Ahasuerus to lay hands on those who sought their harm. And no one could withstand them, because fear of them fell upon all people.

Esther 9:15- 15 And the Jews who were in [a]Shushan gathered together again on the fourteenth day of the month of Adar and killed three hundred men at Shushan; but they did not lay a hand on the plunder.

December is the month of receiving rest from GOD.

Esther 9: 22- 22 as the days on which the Jews had rest from their enemies, as the month which was turned from sorrow to joy for them, and from mourning to a holiday; that they should make them days of feasting and joy, of sending presents to one another and gifts to the poor.

Sorrow means the state of prolonged pain or continuous contradictions.

The Holy Spirit is saying that the people of God will move from sorrow to joy. This monthHe will wipe away every tear.

Isaiah 53:3-4- He is despised and rejected by men, A Man of sorrows and acquainted with grief. And we hid, as it were, our faces from Him; He was despised, and we did not esteem Him. 4 Surely, He has borne our griefs and carried our sorrows; Yet we esteemed Him stricken, Smitten by God, and afflicted.

Esther 9:17- 17 This was on the thirteenth day of the month of Adar. And on the fourteenth of [a]the month they rested and made it a day of feasting and gladness. The church will open up. When you do come, come with a sacrifice. Sacrifice means to pay a price. See the effects of the Word happen in your life. Test the Lord in this. God will do great things for you.

It is said that only 7% of the pastors in the world give. The rest are planning retirement. It is also said that 70% of Christians never win a soul to the Lord.

Give your love, give out your gifts. Be kind-hearted. Be good to people.

Esther prays in chapter 5 and in chapter 6, the king feels sleepless and he gets someone to read the Book of Records. This book keeps a record of things here on the earth. God is wanting to look at the book of records. There will be things written in the book about your life here on earth. “David, you slept with someone else wife and killed that man”. In 2 Samuel 12, we find prophet Nathan meeting David and exposing his sin. And David writes Psalm 51 in response to that. He says, “against You alone have I sinned oh God.”

Luke 15: 18-19- 18 I will arise and go to my father, and will say to him, “Father, I have sinned against heaven and before you, 19 and I am no longer worthy to be called your son. Make me like one of your hired servants.”

Make sure you do the right things. Be deliberately kind. Even when people take advantage of you, be genuinely kind. Don’t oppress one another. Don’t malign somebody else

Exodus 23: 2- 2 You shall not follow a crowd to do evil; nor shall you testify in a dispute so as to turn aside after many to pervert justice.

Verses 7- 7 Keep yourself far from a false matter; do not kill the innocent and righteous. For I will not justify the wicked.

Verse 9- 9 “Also you shall not oppress a [a]stranger, for you know the heart of a stranger, because you were strangers in the land of Egypt.

Deuteronomy 6:18-19- 18 And you shall do what is right and good in the sight of the Lord, that it may be well with you, and that you may go in and possess the good land of which the Lord swore to your fathers, 19 to cast out all your enemies from before you, as the Lord has spoken.

Live with that consciousness. Remember there is a Book of Records.

Esther 6:4- 4 So the king said, “Who is in the court?” Now Haman had just entered the outer court of the king’s palace to suggest that the king hang Mordecai on the gallows that he had prepared for him.

Verses 4 and 5- The king’s servants said to him, “Haman is there, standing in the court.” So Haman came in, and the king asked him, “What shall be done for the man whom the king delights to honor?” Now Haman thought in his heart, “Whom would the king delight to honor more than me?”

God is always a step ahead before every conspiracy of the enemy.