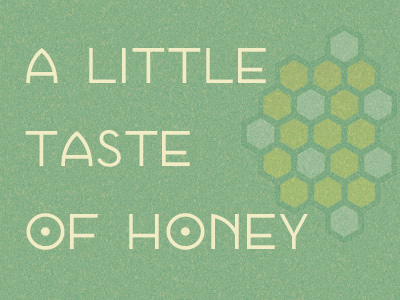 A Little Taste Of Honey

A Little Taste Of Honey

In 1 Samuel 14, Israel was fighting a battle against the Philistines. King Saul was fast asleep, and his band of 600 soldiers lay idle. But his son Jonathon went into the enemy camp with his armour-bearer, fought a battle and brought victory to Israel.

Learnings from this portion of scripture are as follows

1. Disconnect yourself from the spiritually asleep.

Many who come to church are not hungry for God. They don’t want to pray or worship or surrender their lives to Jesus. Such folks are spiritually asleep. In this church, our lives are raised up for one reason: to live and die for Jesus and to serve Him in the interim. God wants people who are willing to put their hearts out there for Jesus.

With your heart: Worship with passion. Bring your emotions into your worship and as you serve the Lord.

With your mind: We worship sensibly. We are not foolish; the wise live for God. Wise people know there is life after death; that heaven and hell truly exist; that you go to heaven if you have Jesus.

With your strength: There is an action when you serve the Lord, and your strength is involved. It might be a simple one like carrying your Bible to work or college. Or telling people you don’t drink or smoke because you have dedicated your life to God. When you claim to love God and your actions don’t match up, you are in spiritual slumber.

Disconnect (from people and relationships leading you astray) to reconnect (with Jesus and godly people). Jon disconnected from his father Saul and went into battle because he was awake. May the Holy Spirit set your free so you become awake for God.

2. Never allow slumbering people to advice you
Saul had constrained the men of Israel to not drink or eat anything before they had complete victory over the Philistines. But Jon went ahead and tasted the honey because he was fighting a battle.

3. Don’t wait to celebrate
Saul wanted his men to eat and drink after a full victory. But Jon ate honey and celebrated after a partial victory.

Some people wait all through their lives to celebrate. They keep looking for a big breakthrough for which they can praise God. However, never be taken hostage by the word ‘big’. You might not have received a complete healing or deliverance, but thank God anyway.

The devil frustrates believers through failures and incomplete, half-done things. The only way to get over frustration and to overcome the lie of the devil is to celebrate. Don’t wait for things to be perfect – rejoice in the Lord and celebrate his goodness!

In Numbers 21, the children of Israel are traveling from Egypt to the Promised Land. They are half-way through –partial completion of their journey – and are thirsty. God speaks to the elders of Israel, and asks the people to look at the desert sand and sing! Then Israel sang this song: “Spring up, O well! Num 21.17 As the people obey, wells begin to spring up and their thirst is quenched by the living waters. You need to sing looking at the barren sand, amidst half-completed things in your life. Praise Him at the Partial.

God had a plan, vision and desire to create the entire world. But on day one, all he said was, “Let there be light.” (Genesis 1.3) His vision was big but he took it one step at a time. After each stage, he celebrated and saw that it was good. God doesn’t want you to just fight one battle after another. In between he wants you to taste a little bit of honey and celebrate.

Samson killed a lion that came to attack him. On his return few later, he found honey within it. He stopped to taste his victory from a previous battle. (Judges 14.14) Take a moment to taste the past victories God had given you. Thank God and trust him to take you through the present crises as well.


4. Jonathan's eyes were enlightened
When Jonathan took time to celebrate, he received a revelation. When we take time to ‘taste the honey’ and be refreshed, our eyes are enlightened to know who we are in Christ Jesus. We are adopted by God and justified, and God has a plan for our life.

The word ‘justified’ in the Bible can be explained as ‘just as if I had never sinned’. When you come to Jesus and are cleansed by His blood, God looks at you and says you look like you’ve never sinned. We were lost and wandering earlier, but we have been adopted by a rich Father and are now part of a royal family.

The world will constantly try to make you forget who you are. But when your eyes are enlightened, you will know you are a child of God who can do all things through Christ Jesus who strengthens you.

5. God creates a future even as you go through trials
While Jon was fighting the battle, God had told the bees to make honey for him. When you’re fighting the biggest struggle of your life, bees will be at work making honey for you as per God’s plan. Don’t give up hope: in the midst of your battle, God is creating a future for you.